Made loads of progress on the workshop over the last few days, despite a last minute hick up on Tuesday afternoon. The steel supplier announced that they would not be delivering the steel in the morning as agreed and that I could either take delivery in the next hour or sometime next week. Thankfully a couple of my friend and colleagues, Mark one of the developers from Asptech and Steve our heating engineer volunteered to help unload so with a lot of effort and foul language we took delivery.

First thing Wednesday morning my new magnetic driller arrived, man this thing is good.  I have hired them before but finally decided it would be worth buying one in the long term.  We took the opportunity to drill the steel whilst it was on the floor.  Unlike when drilling by hand I did all the holes with a single bit, we didn't even need to drill a pilot hole. 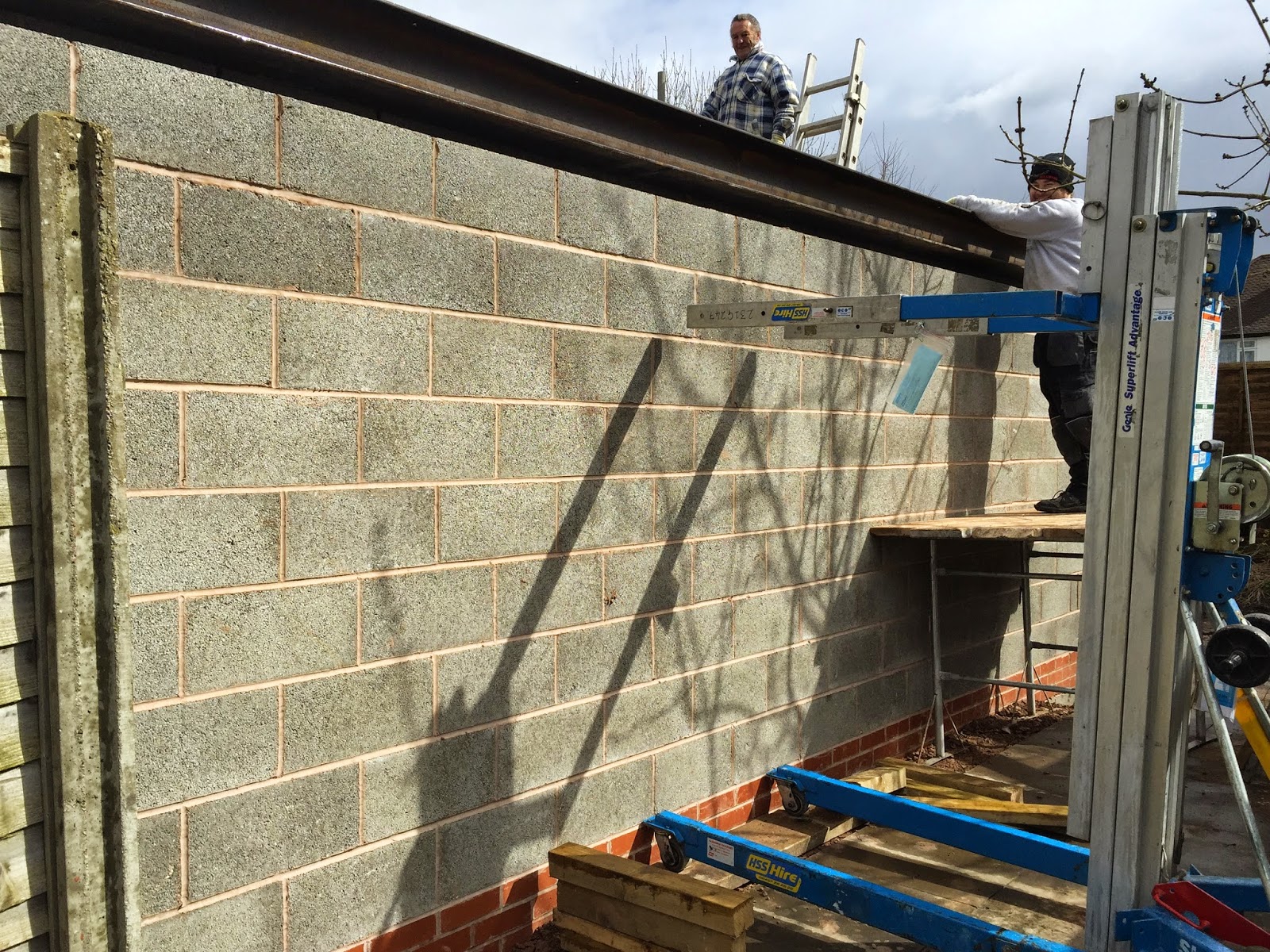 Then came the really hard work, getting the steel into position. I hired a genie hoist to provide the bulk of the heavy lifting but we did still need to use my old trusty chain block to raise it over the wall. Well that and Dave and Steve's inhuman strength. It does not matter how many times I put a steel in, moving something that heavy, that high in the air still leaves me feeling very nervous.  I was very glad when we had it sitting in its final position on the pad stones. 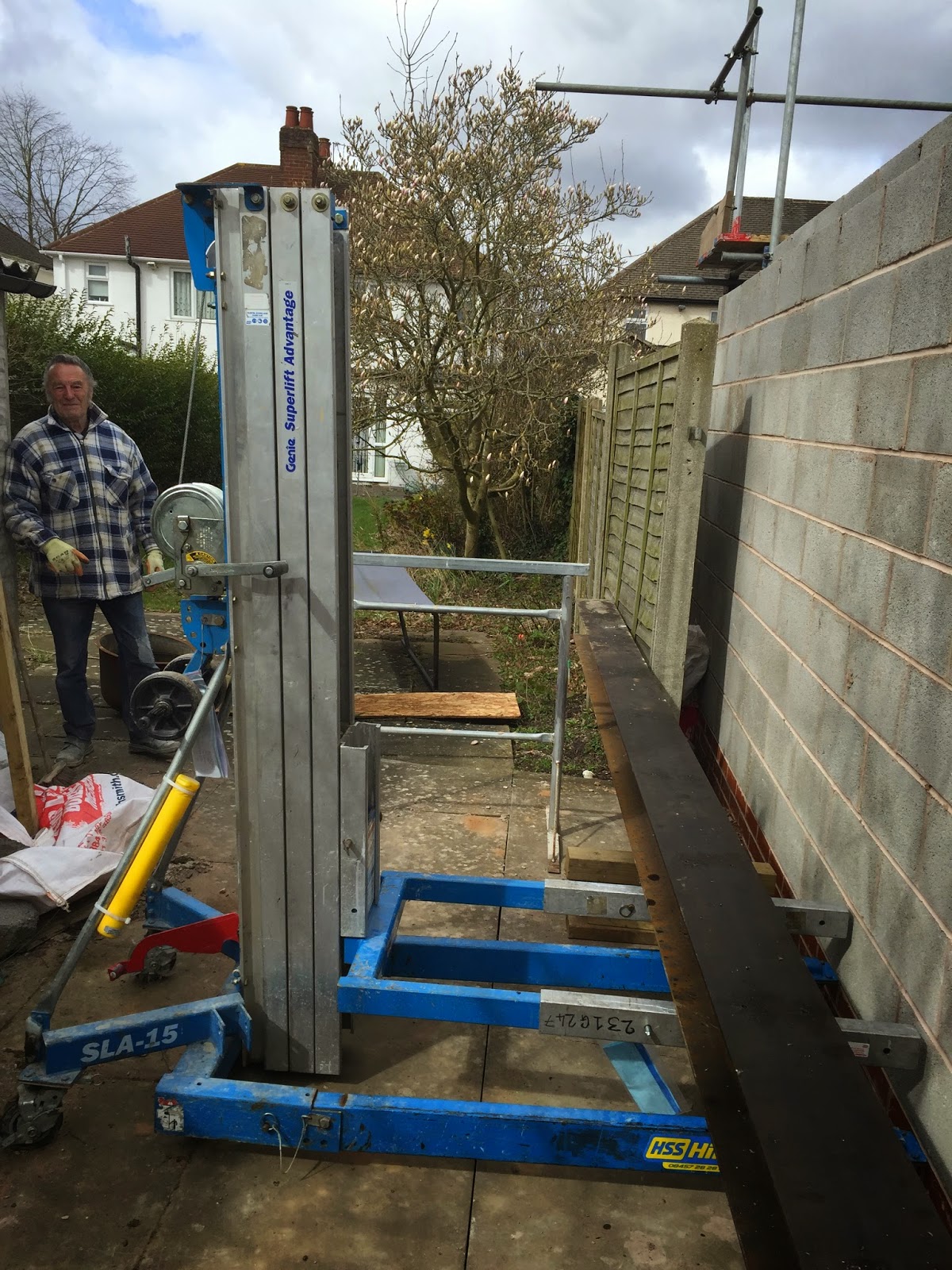 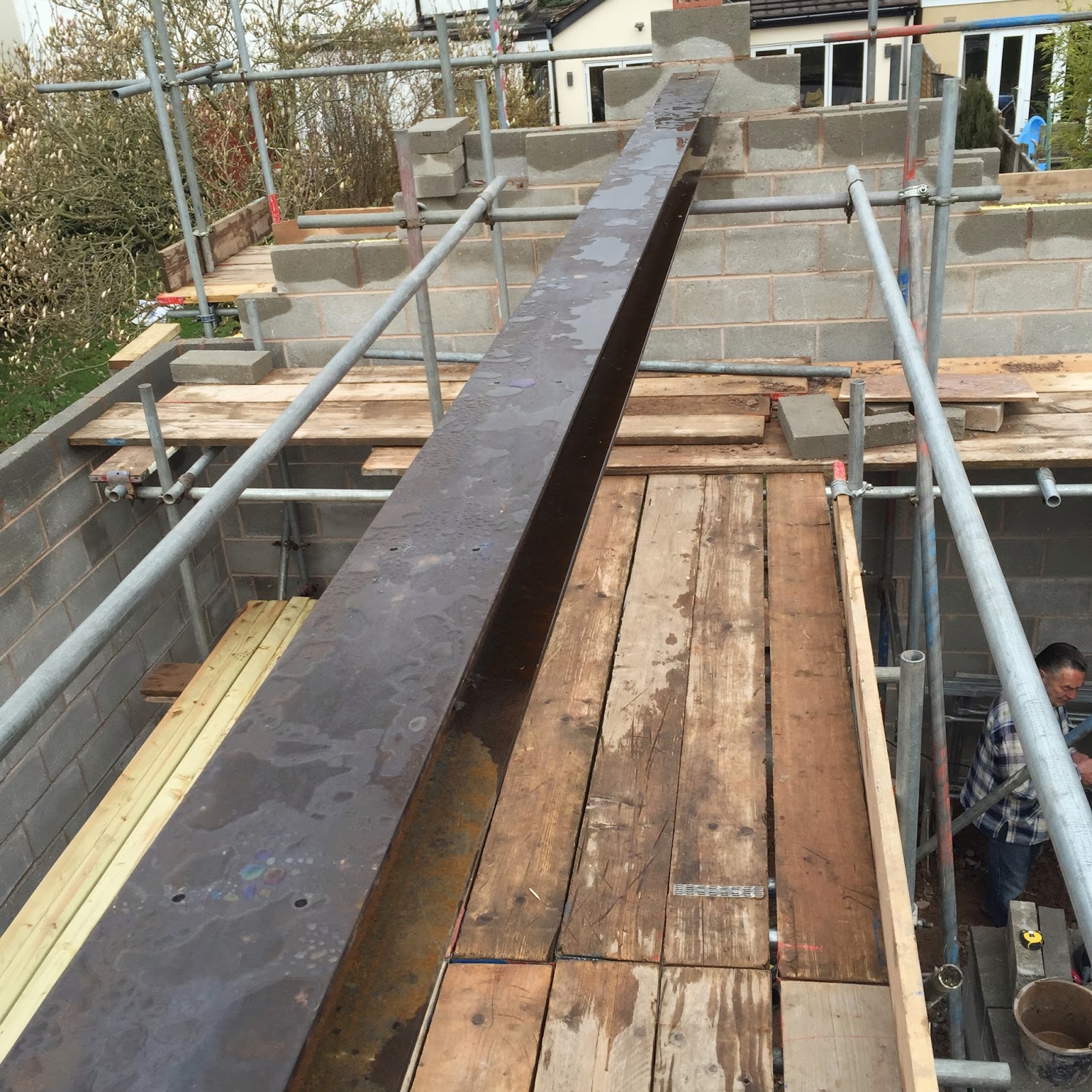 On Friday morning we bolted a timber to the top of the steel using the holes we had drilled on Wednesday.  With that in place we marked up and cut a template for the rafters, luckily everything was pretty square and even so we could cut all the rafters identically.  Thing were a bit slow going at first but after lunch we really got into our stride. 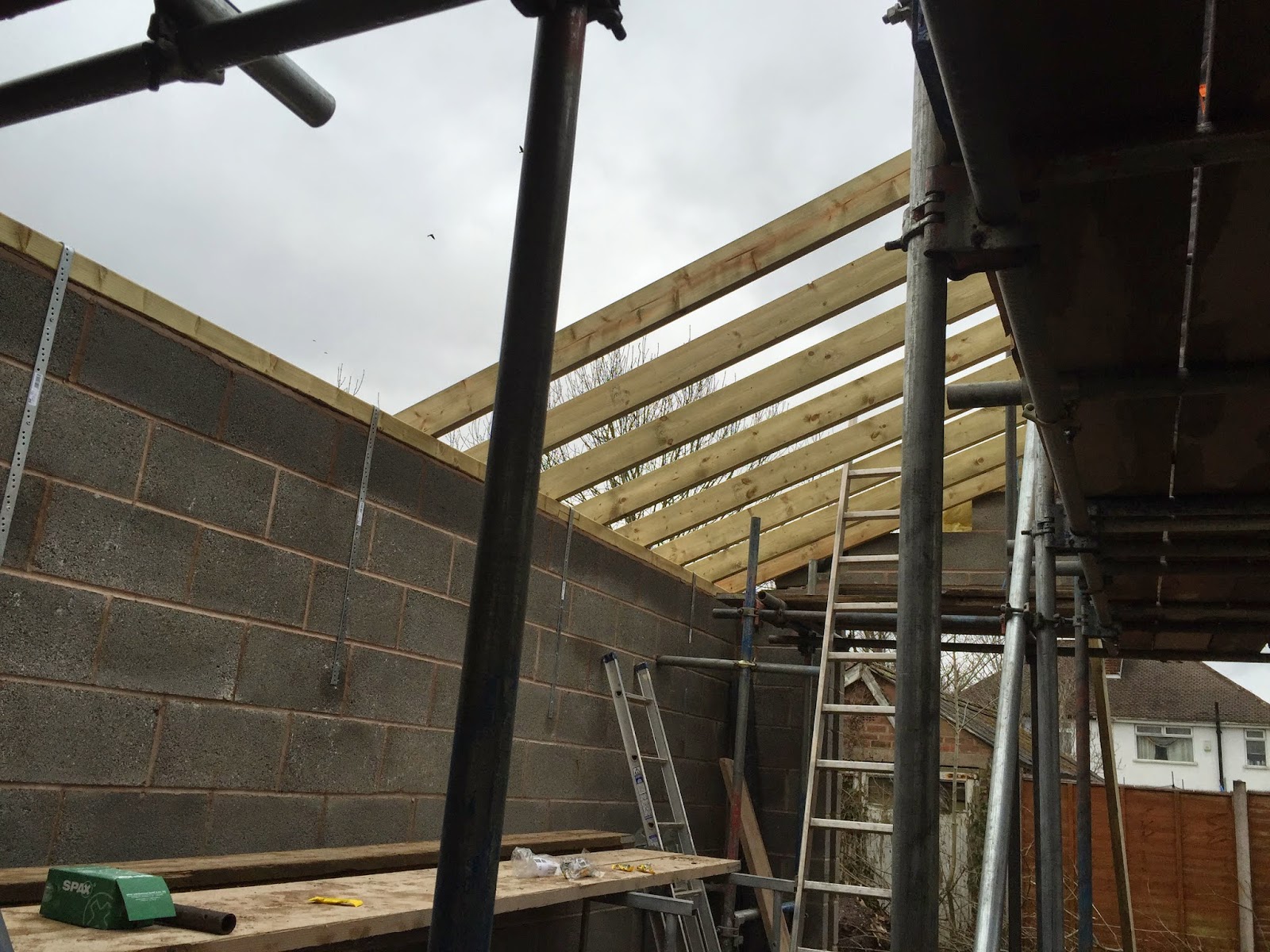 We got the last of the main rafters in just as it started to rain heavily so we decided to call it a day (we had nearly run out of timber anyway, as I had not though we would of got so much done).  So thanks to Gareth, Jonathan, Rich, Rob and Steve for all your hard work and hopefully we will be able to get the barge board rafters in tomorrow. 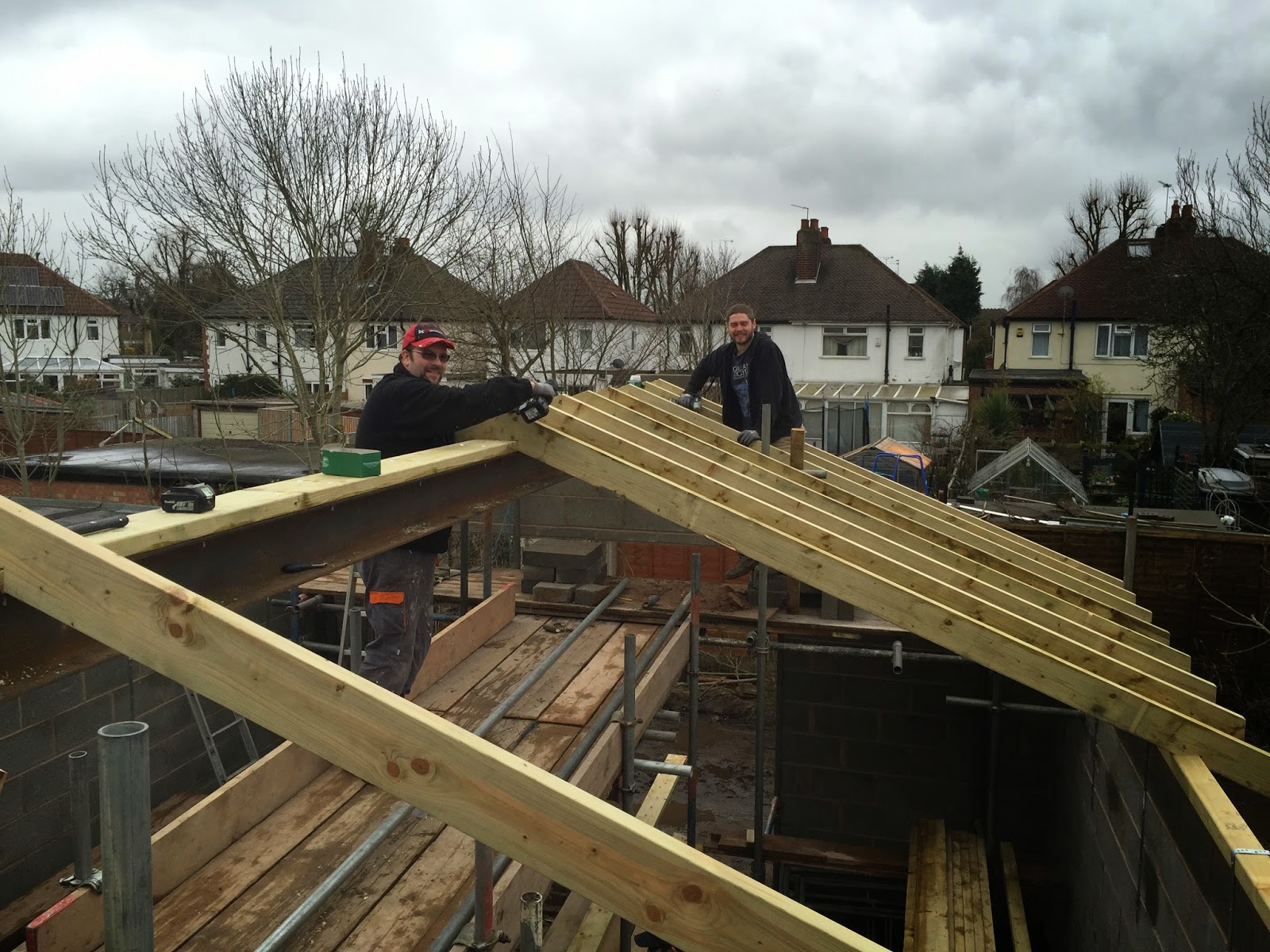 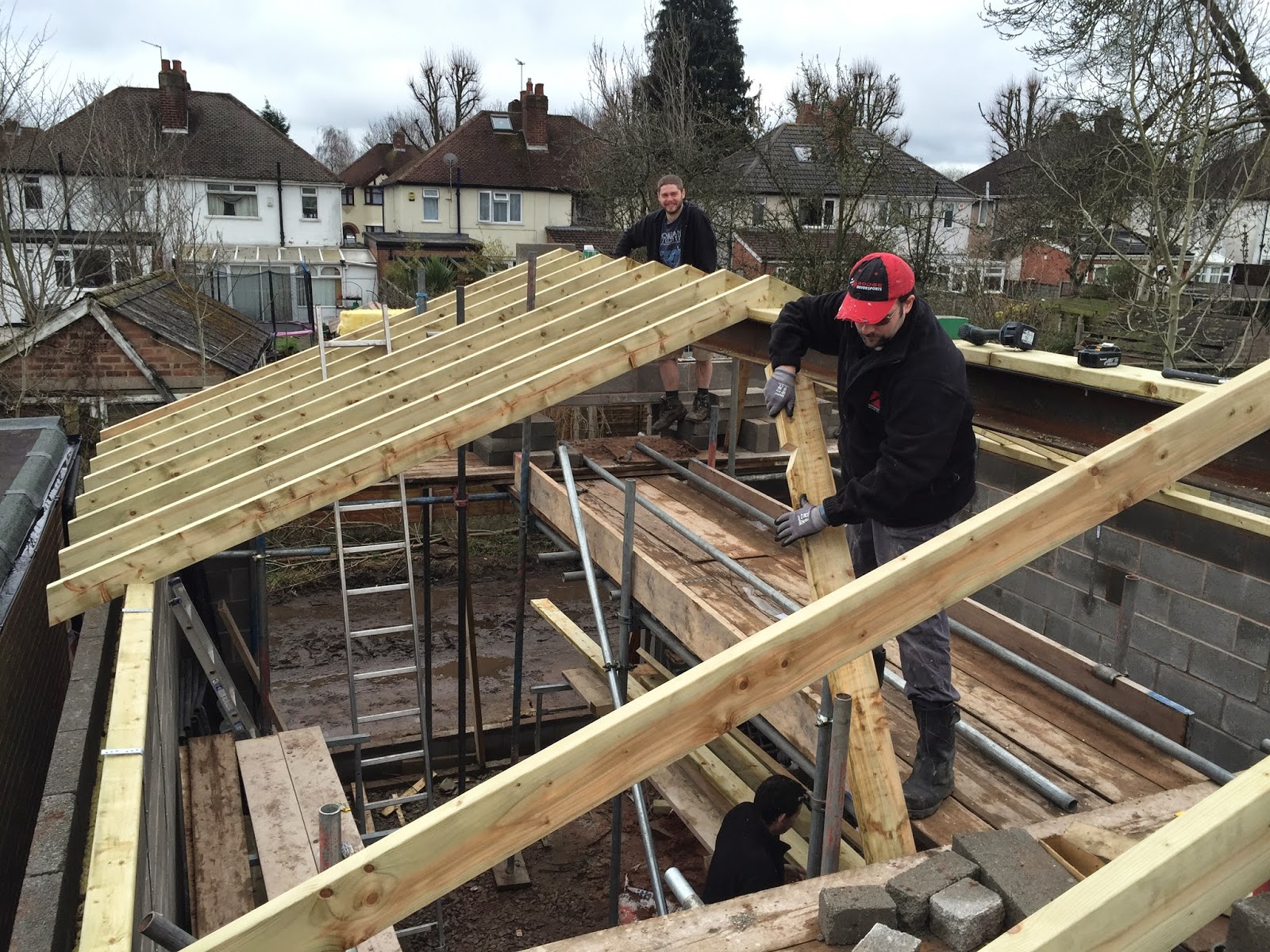