My dad and I made our annual trip to the Royal International Air Tattoo the other weekend, we have been going each year since 2007 with the exception of the 2008 cancelation and 2012. As always we opted for aviation club tickets for which the private route to the air field and parking on the apron are a big plus.  Add to that, a nice lunch, tea & coffee, toilets you would be willing to use and private seating I can almost convince myself its good value.


So what did I think of the show itself? Well lets get the bad points over with first. We were both, along with many others, very disappointed to see the Vulcan would not be appearing at this years tattoo.  You can read for yourself the "reasons" on the web but what ever the reason many people purchased tickets months in advance on the basis it would be attending. The other big disappointment was that the Lockheed Martin F-35 Lightning II which was meant to be the highlight of the show was unable to attend due to an engine failure and a subsequent grounding, needless to say this was out of the Air Tattoo's hands and regardless safety must come first.  The final couple of negative points; I do wonder whether there were a few to many display team this year, I understand this was to celebrate the Red Arrows 50th anniversary but a bit more variety in the types of aircraft would of been nice.  I could not help but think these long displays may of pushed the Vulcan off the program.  The only other negative and this is more of a personal thing but for the money we spent on enclosure tickets it would of been nice of had wifi access.

Now we have issues out the way let have a look at some of the highlight of the show.  I thought the Polish Air Force Sukhoi Su-22 'Fitter' display was excellent and could well be the last time I will get to see this relic of the cold war smoking up the sky.  When it came to the fast jets I think the RAF Typhoon display takes it for me but the Boeing F/A-18F Super Hornet's display gets an honourable mention.  Where the transport planes are concerned whilst I love the Airbus A400M as an aircraft the Italian C-27J Spartan display was as always something else, I am still amazed to see an aircraft of that type loop the loop.  The RAF Chinook display was by far my favourite of the rotary wing displays although the Army Air Core Apache display was entertaining. The Battle of Britain Memorial Flight's Lancaster and Spitfire both gave impressive displays and it was nice to see the Dakota flying again.  Finally the Red Arrows were back to the usual high quality display and it was nice that they had a reasonable high cloud level to work with.

To wrap up this article, will I be going next year?  I would like to say if they have the Vulcan etc, but who am I kidding I will most likely go regardless.  Below is a link to a few more of the pictures I took on the day, if you read this far they might be of interest.

Due to circumstances beyond my control, my garden now contains a gnome.  Whilst I would never of purchased one for myself I think I am going to let him stay around for a while. 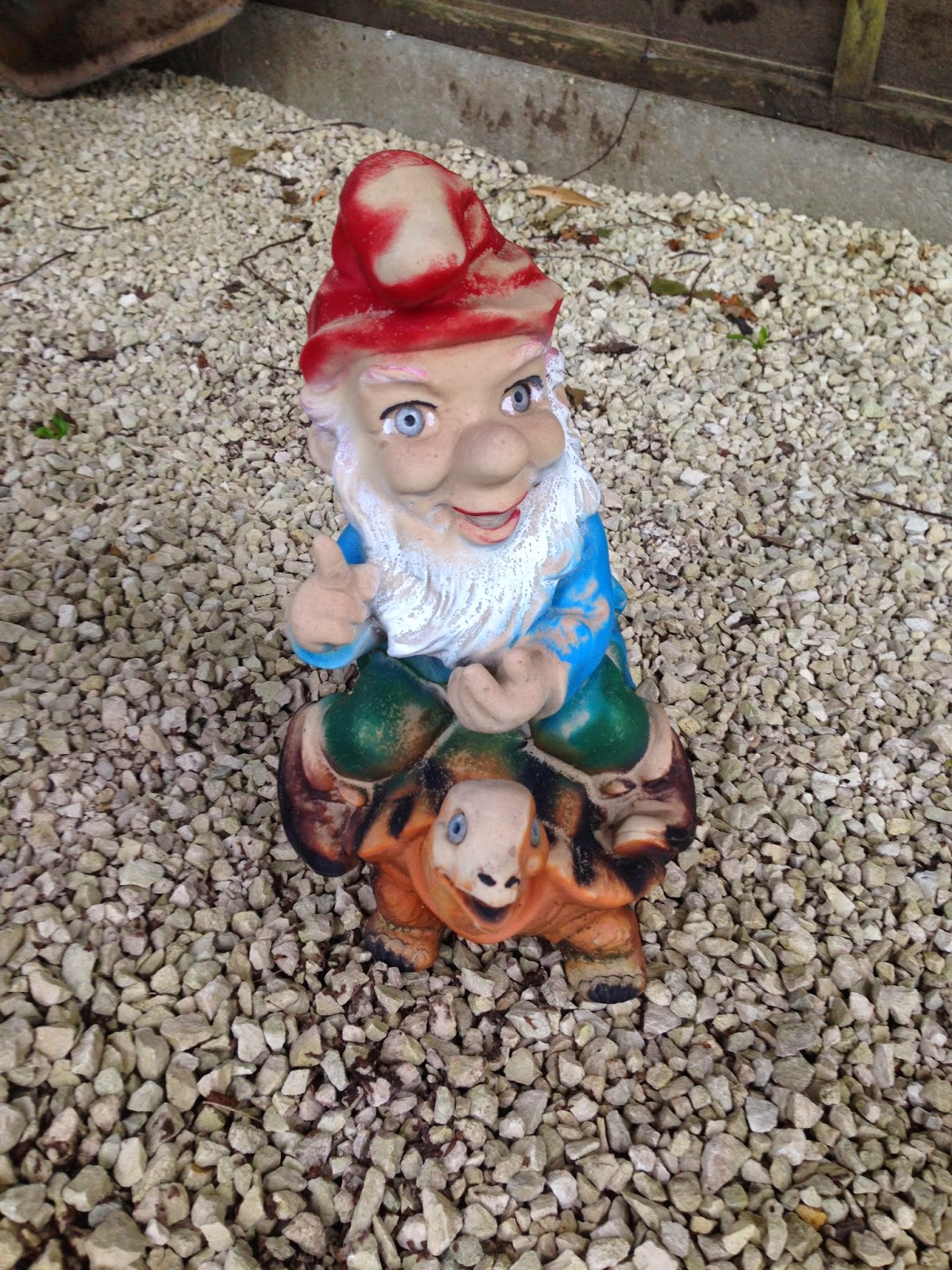 Email ThisBlogThis!Share to TwitterShare to FacebookShare to Pinterest
Labels: Gnome 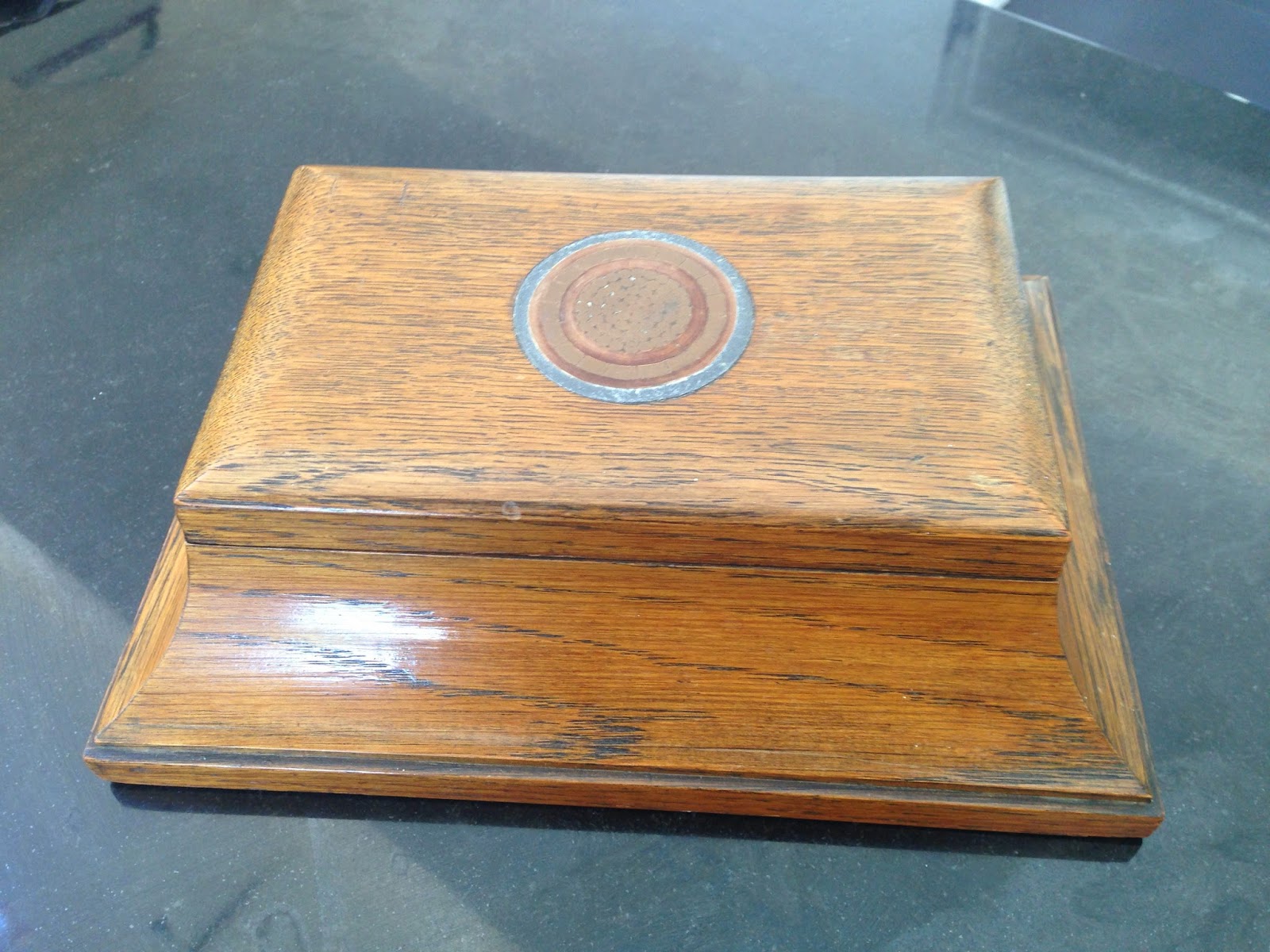 I received a very kind gift recently of an oak box with a slice of cable inlaid into it the lid.  The underside of the lid is stamped with "British Insulated Cables Ltd Prescot Lancs".  A quick bit of research has found that they changed there name to the above in 1925 and changed their name again in 1945 to British Insulated Callenders Cables or BICC, after their merger with Callenders Cable and Construction Co. This at lease narrows its production down to a twenty year window.

As for identifying the cable itself this has proved a lot more difficult. Its clearly a lead sheathed power cable but beyond that I am struggling .

I think the next step will be to find a catalogue from BIC during that era which will hopefully have a description / drawing that matches.  Failing that the Liverpool Museum seem to of inherited much of the companies archive so that might be an option.  If anybody has any ideas I would love to hear them. 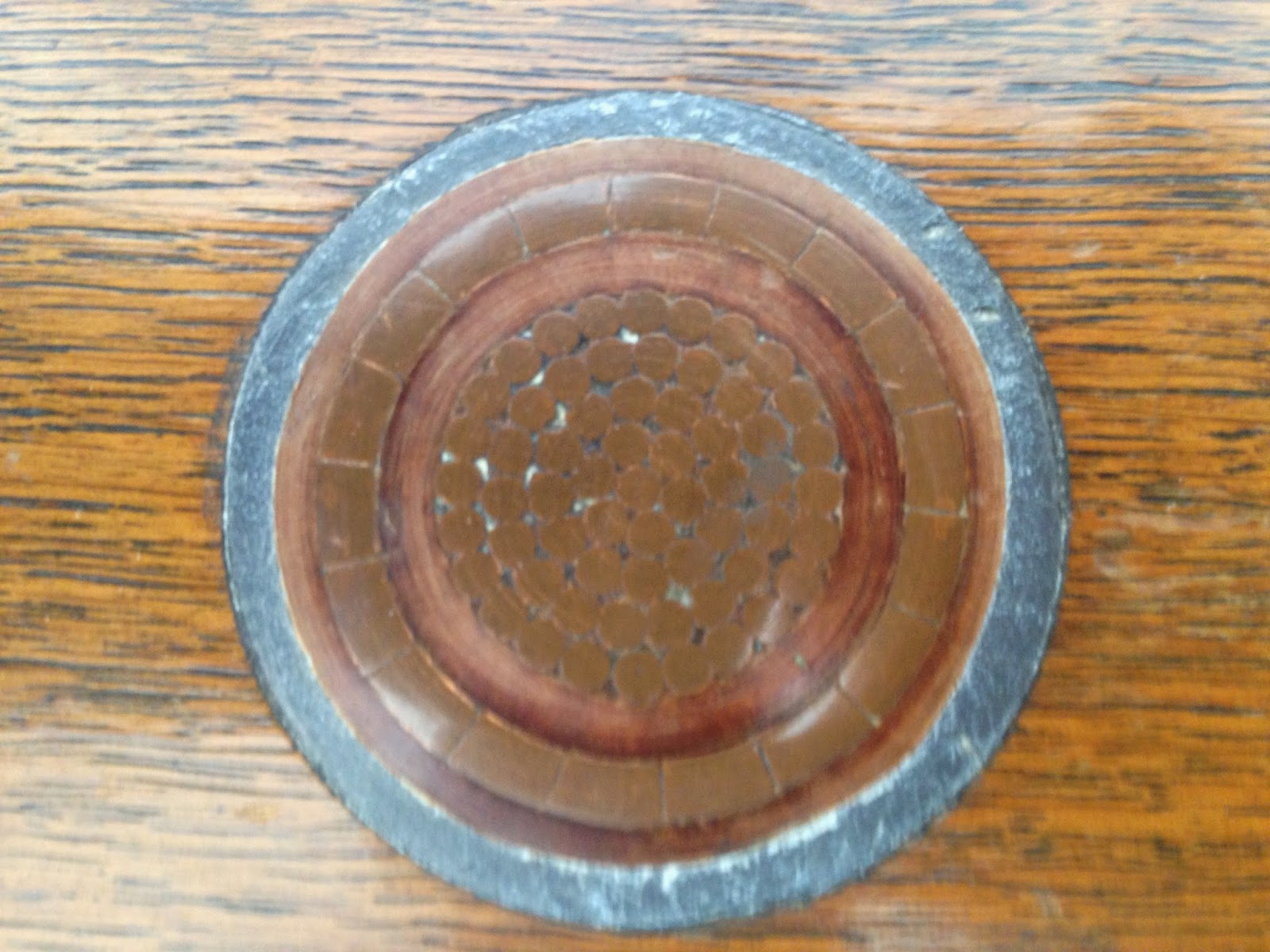 What are these? - Track Side Makers 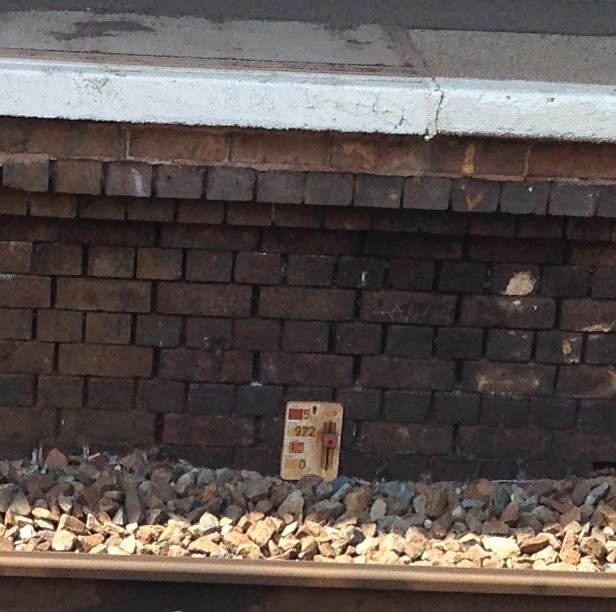 I spend a lot of time on railway platforms I have often looked at these things and wondered what they are? I have asked quite a few people but have never got a definite answer.  Guesses include they show the ballast high, they are a vibration indicator or they indicate clearances.

If anybody knows I would be very interested to find out!
Posted by Unknown at 18:39 2 comments: