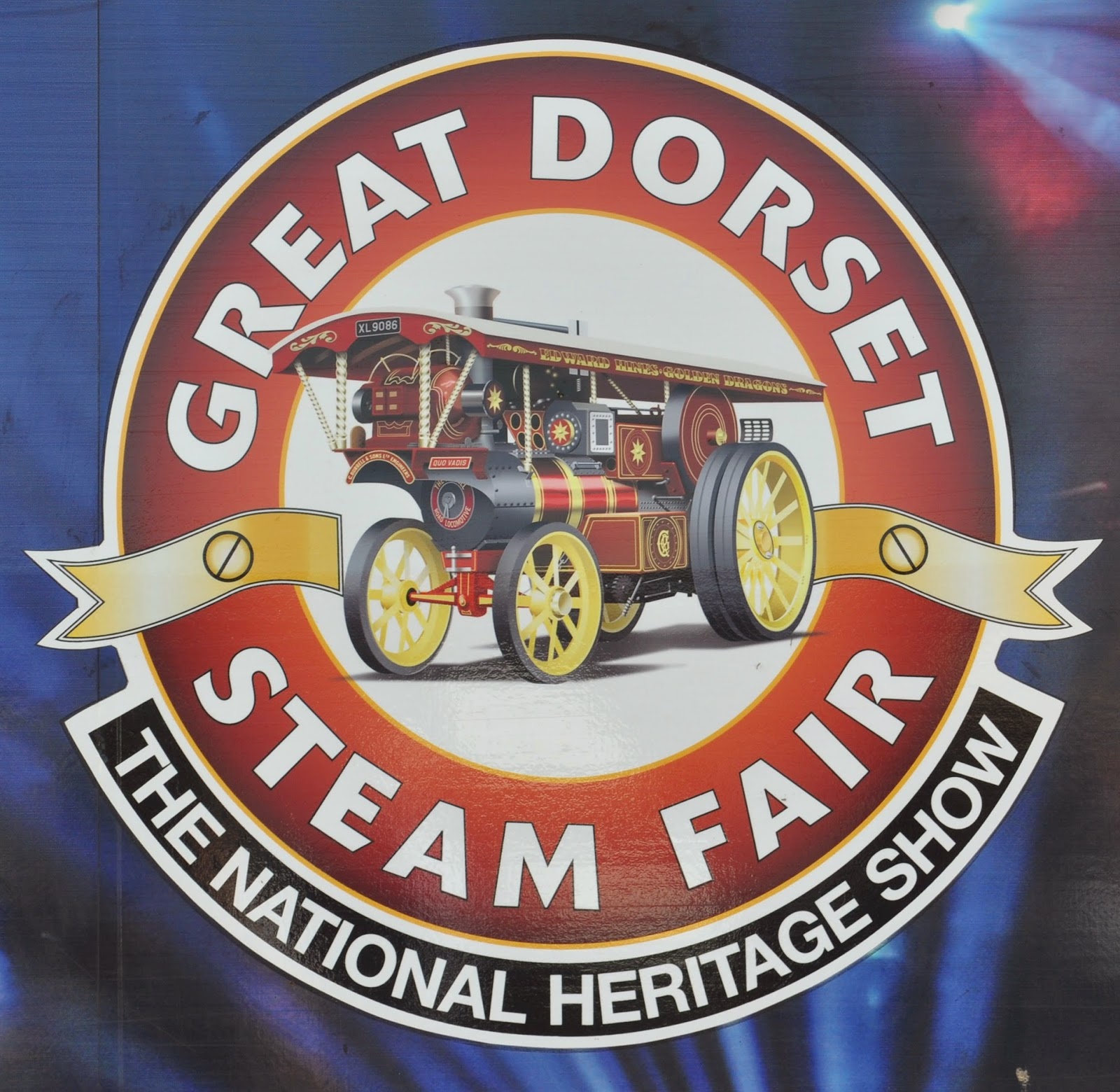 Having always wanted to go to the Great Dorset Steam Fair when the opportunity arrive I leapt at it.  To paraphrase The Hitch Hikers Guide to the Galaxy this is big, really big whilst we only went for the last day I can see how you could easily spend a few day at it.

Unlike other steam fairs I have been to where there might be a dozen traction engine there, here traction engines, showman's engines, steam ploughs, heavy plant, and stationary engines as far as the eye could see.

Hopefully I will be able to make it next year. 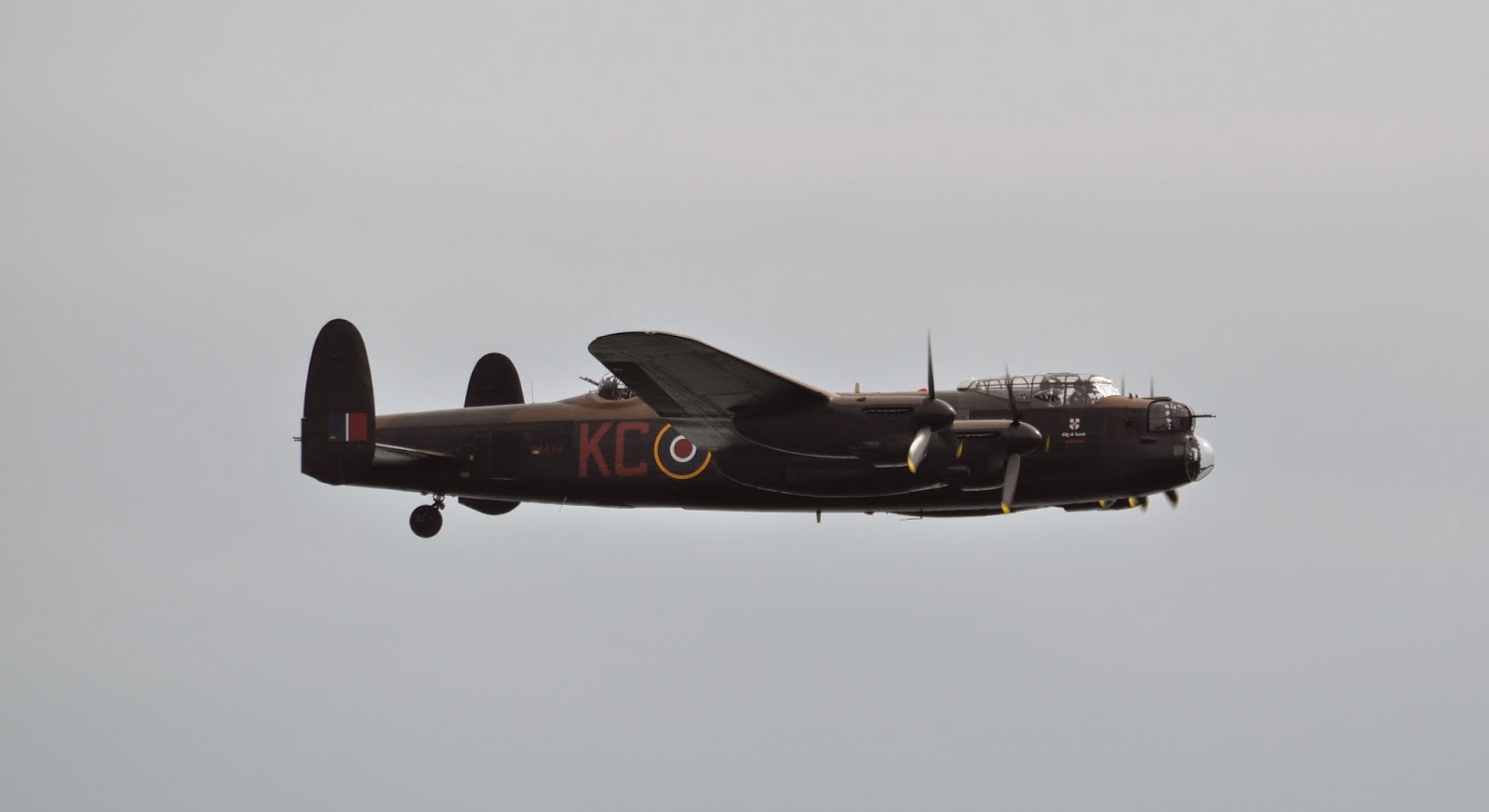 As the Vulcan was not at the Royal International Air Tattoo this year and we wanted to see it fly we had a look around at the options.  As we were going to Weymouth anyway we opted for the Bournemouth Air Festival a show we had never been to before.

Later we found out that the Canadian Lancaster bomber would be flying there also which would of been an amazing bonus but unfortunately it was cancelled due to engine problems.  Hopefully we will  be able to see it for it goes back to the other side of the pond most likely never to return.

So what about the show?  Well its a very different show from the ones we normally go to such as RIAT or Cosford and was in fact the first seaside show we had been to.  This has some plus points and some negatives, on the plus side you are much closer to the flight line so you get a great view, the only real negative is that you miss the take off and landings, oh and its a bit sandy!

Once again we opted for the hospitality which made the rush to find some space on the beach not a problem.  I would however say this is probably the ideal family air show as even if you have no interested in planes (and naval ships) you can still have a nice day on the beach.  The only other suggestion I would have is go by train if at all possible it sounded as though parking was a nightmare!

Below is a link to a few more pictures I took although I was having camera / operator problems so unfortunately they are not great!

The highlight of the show for me was rather predictably the Vulcan which did an amazing howl.  My dad agreed but added that the Typhoon was a very close second for him.  So would we go again, yes, yes I would.
Posted by Unknown at 19:00 No comments:

Last month I held my annual BBQ, and decided I should have ago at doing something different.  As I now have Sansaire emersion circulator which of recent times had been under used I thought it would be fun to combine sous vide and BBQ.  After careful thought I decided to go with cooking a brisket of beef.  I was limited in size by the max width of my vacuum sealer, next time I may get the butcher to seal it for me so I can go with a larger piece of meat.  The piece of brisket I ended up cooking was about 12" x 16" x 1.5", whilst I could of gone a bit longer any thicker or wider was not an option. Below is how I went about the cooking, its not at all a recipe but it might give you a few ideas.

Method
Four days before I wanted to serve I trimmed the excess fat and any sinew from the meat, applied a dry rub (heavy on the black pepper but with only a small amount of salt at we do not want to cure the meat) and vacuum packed it.  Now whilst this is a cheap cut of meat it is going to take four days to cook, a do over is not an option so I opted to double bag the meat just to make I would not have a bag split.  Once bagged I left the meat in the fridge for 24 hours to let the flavours from the rub permeate the meat.

After the 24 hours were up I transferred the brisket to the water bath, as the cooking time was going to be around 72 hours at 55c I decided to invest in a good quality cooler to try and save some electricity and so I would not need to top it up as often. As the Sansaire is sticking out the top I was unable to fit the lid but I placed it on the best I could.  Despite this I still had to top up the water level every day to allow for evaporation.  In the future I may buy an extra lid and notch it around the Sansaire or possibly opt for a layer of ping pong balls. I'm not sure which will work out best value, ping pong balls may be cheap but I would need a good couple of hundred.

After the 72 hours were up I carefully removed the brisket from the bag trying to keep it in one piece and transferred it to the BBQ and cooked it using the indirect method at about 150c for a further 2 hours.  Whilst on the grill I basted it about every 20min with my home made mopping barbecue sauce. After removing from the grill I rested the meat under foil for around 30min and then cut into 3/16" slices and served.

Results
The meat was succulent and tender and full of flavour, but you don't get the smoke ring or as much of a char on the outside of the joint, so it is a trade off. I would also in future reduce the time and up the temperature on the grill as the meat ended up a little more done than I would of liked, either that or maybe finish with a blowtorch? Rather annoyingly I don't have a picture on the final results as I was busy entertaining guests, but I did find one of the shoulder of pork I did for pulled pork :).

A few weeks ago after a very long wait, first for them to rerelease the Nest Protect after they withdrew the from sale and then for Nest to for fill my order my Nest Protects finally arrived.  I decided to opt for one wired and one battery model, I would of preferred both wired but it would have been awkward to of got a cable to the one in the kitchen without pulling down parts of the ceiling.

Installation
Fitting in both cases was pretty easy and I would say any competent person could fit either providing in the case of the mains model you are replacing an existing mains unit.  The design is clean and they look good in most rooms, it would however of made fitting much easier if they were round so you did not have to align them with the axis of the room. When fitting the mains version its a bit difficult in some cases to get the cable to come through the ceiling in the right place other than that fitting is easy. I also like the fact they include push on Wago connects and the screws.

Configuration
Setup is well thought out and I like the uses of a QR code to save you entering the device information.  It did however take some time for my phone to connect to it and for it to then connect to my Wi-Fi, in fact it took several attempts. Once connected however it seems to have stayed so with no problems.  One thing to note is that you do require a smart phone or an Android or IOS tablet to configure them, it is not possible to do it from a pc or mac.

Day to Day
On a day to day basis the Nest Protect is very easy to live with.  The quick green glow of the "Nightly promise" is surprisingly reassuring, and the Pathlight gives just enough light to stop you from bumping into things. The nice big button is easy to hit with a broom if your detector is out of reach to silence or test.  I also love the idea that it will shutdown my boiler if CO is detected although the boiler will still come on for hot water.

Conclusions?
So far thankfully I have not had the alarm sound for either Smoke or CO other than during a test, hopefully I am not tempting fate. All in all I am very happy with my purchase, and look forward to see what Nest come out with next.