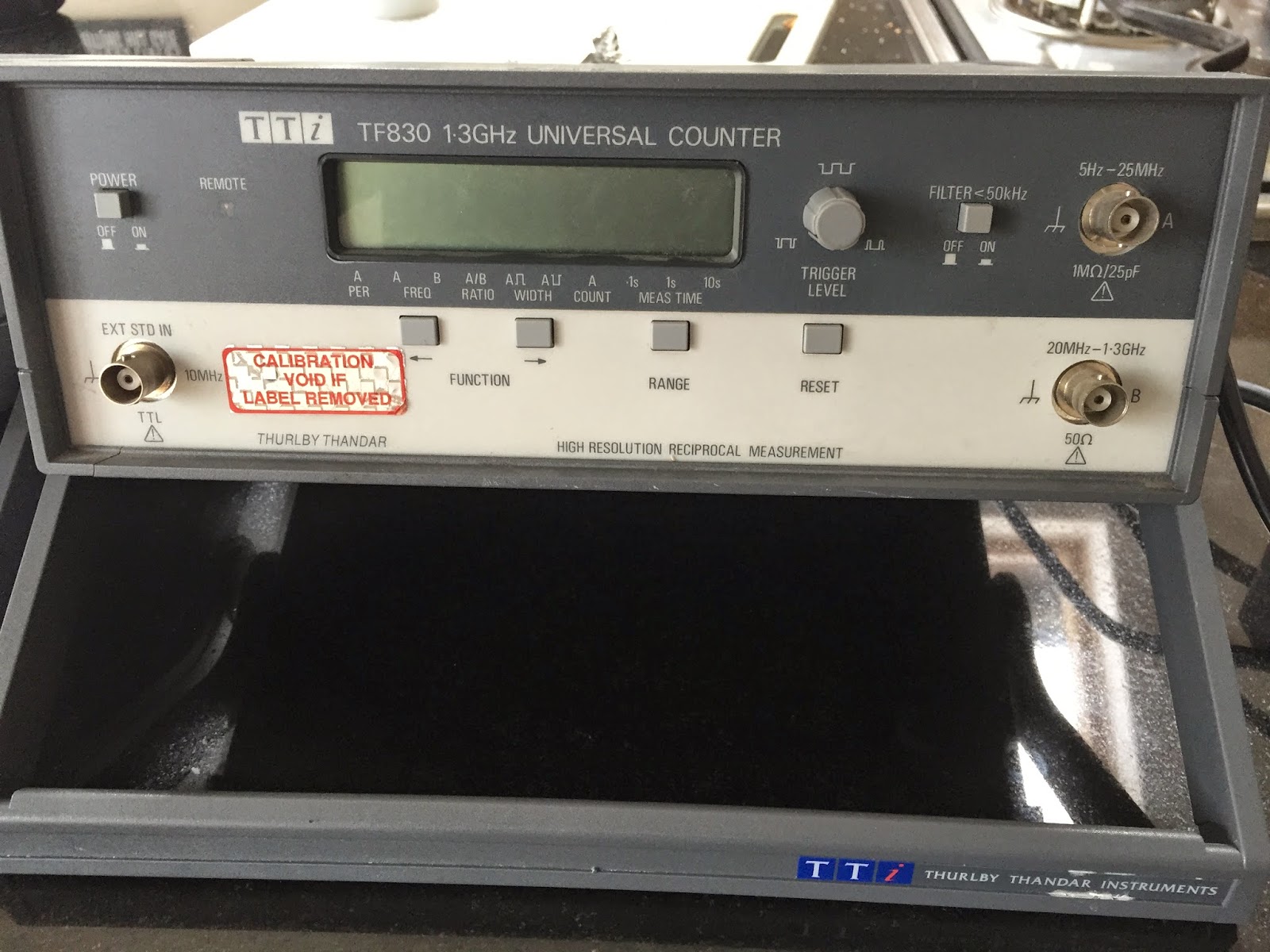 Today I spent a very enjoyable morning mooching around Wythall Radio Rally with a couple friend from fizzPOP, I wish i had know about this event before, this was apparently its 30th year so there really is no excuses.  I will however look on the bright side and think of how much money I have saved.  Having said that I managed to limit my spending, although it was a close run thing and I nearly ended up being a lot poorer as I spotted a HP bench multimeter I really liked the look of, I decided to have a think and when I went back it was gone.  I ended up coming away with just a TTi 1.3Ghz frequency counter for just £30 (something I have been looking for on ebay for some time).

I also ended up purchasing  23 25v 22000uf capacitors, he wanted £1 each but I managed to talk him down to £15 for the lot.  Whilst they are a little lower capacitance than I had been looking for the will hopefully be suitable for my battery tab welder project which I will be starting as soon as the SCR I have ordered on eBay arrives. 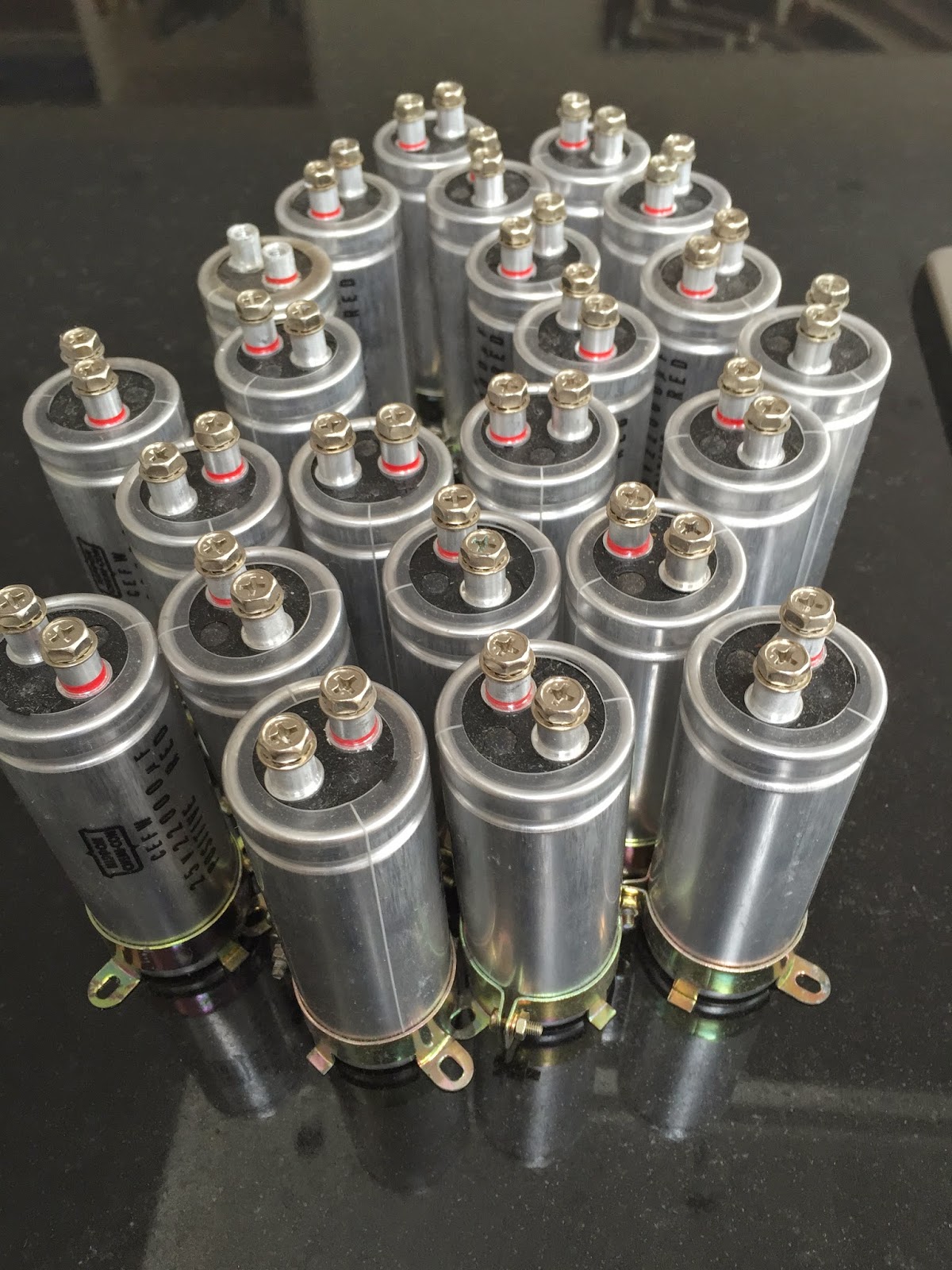