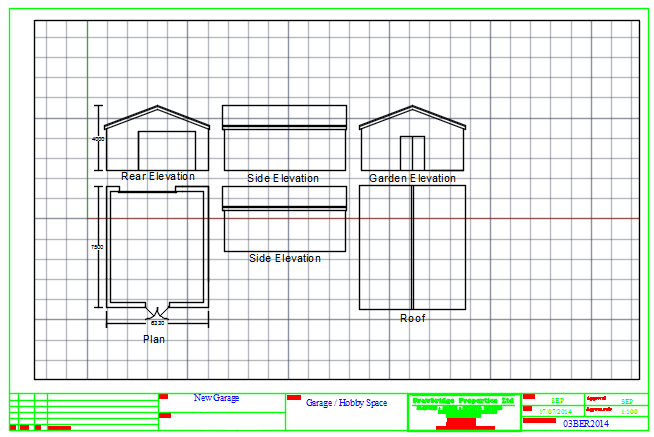 When I purchased my house one of the main reasons I chose it was because it had a double garage at the bottom of the garden which would of made an ideal workshop.  After several year of letting the house out and a couple of an extensive remodel I finally moved in.  Many months passed before I was recovered enough from the effort of the building work to think about using my workshop.  To my dismay I soon discovered that the garage frequently flooded due to water seeping under the doors and between the walls and the slab. It was clear that I was going to have to do something about this.  After investigating a lot of options to stop the leakage it became clear that the only repair option was to dismantle the garage poor a new slab at a higher height and rebuild which was going to be a big hassle.

So I decided to make the best of it and build a bigger and better workshop with more space so I can work on multiple different projects at the same time and insulation so I will be more comfortable.  It will be a large single room of just under 50 square metres but I may partition off an area for use for small electronics / modelling projects in the future.  Having investigated various construction options I have opted for conventional construction with rendered cavity walls and a tiled roof.

With a design in mind it was time to draw up some plan and apply for planning permission. Which was easier said that done.  On the third attempt the council finally accepted them and it was just a matter of waiting for a decision.  The planning office decided she need to see the site and gave me a good grilling about what I was intending to use the space for, finally I got the approval!

So its all stations go, next stage will be the emptying of the old garage which will be no mean feat!
Posted by Unknown at 11:12