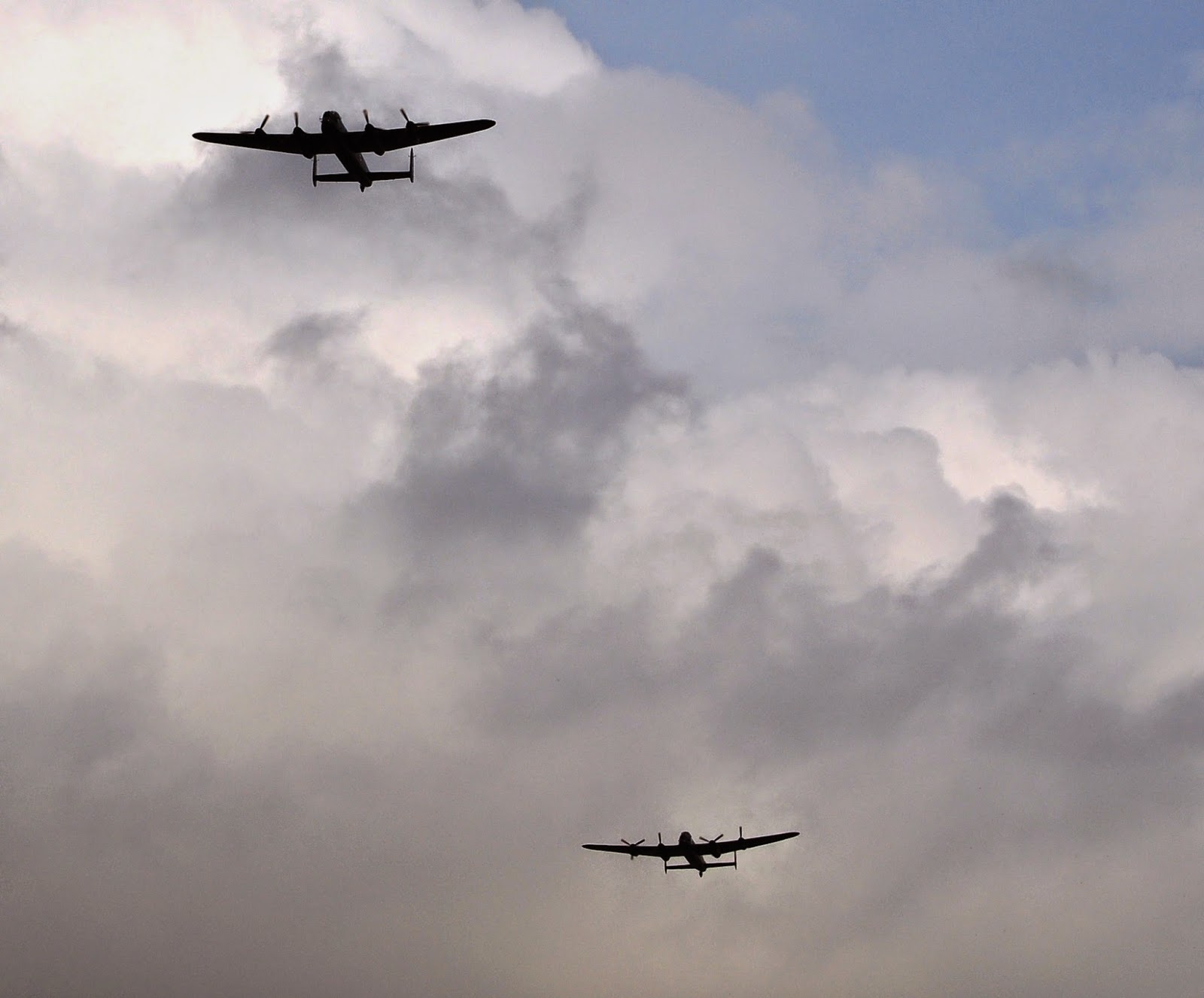 Having tried to see the two Lancaster bombers flying together at the Bournemouth Air Festival earlier this year when I was disappointed to find the Canadian bomber VeRA had suffered an engine failure.
My dad and I were determined to see it but could not make it to any of the other air shows it was meant to be visiting but found out it would be flying over Collingham, Nottinghamshire on the 20th September. Having moved a few things around we decided to go up and have a look and were not disappointed.

The venue turned out to be a village show which seemed to have a lot more attendees that they normally would of had, as the Lancaster's were running late we decide to have a look around the show and grab a bite to eat which was a pleasant enough way to pass the time. When they finally arrived there was no warning over the PA that they were about pass over. Hearing he sound of the eight Merlin engines was the first I knew and with in a few seconds they broke into sight over the trees and within a minute they were gone again, luckily I had my camera at the ready, but with so little notice it was difficult to frame a shot.

Whilst I did not get any great pictures I will always remember seeing and hearing them go over head and I am so glad we made the effort to go and see them.