Some people collect things, I have never really been one of those, but I think that might be changing. Now my parents would disagree and say the large quantity of vintage computers mainly BBC Micro's filling there loft is a collection, I would say its just some useful equipment I have collected over the years, oh bugger maybe it is a collection.

So what have I started collecting?  Well I have started collecting cable and when I say started I have two pieces which is I guess the minimum to count as a collections but a have saved an eBay search so its only a matter of time before I have more. I first purchased a piece of collectable cable in 2007 from the Hoover Dam whilst on a lads trip to Las Vegas. It was a pen holder made out of a short length of hollow high voltage conductor cable, designed to carry 287500 volts across the Mojave Desert.  The cable is hollow to save weight, this is possible because most of the electricity flows through the outer surface at high voltages, it is referred to as skin effect.  The construction of the cable is ten interlocking tongue and groove strips on a slight spiral, this enables the cable to expand and contract. Sorry to geek out but I do think its a cool design. 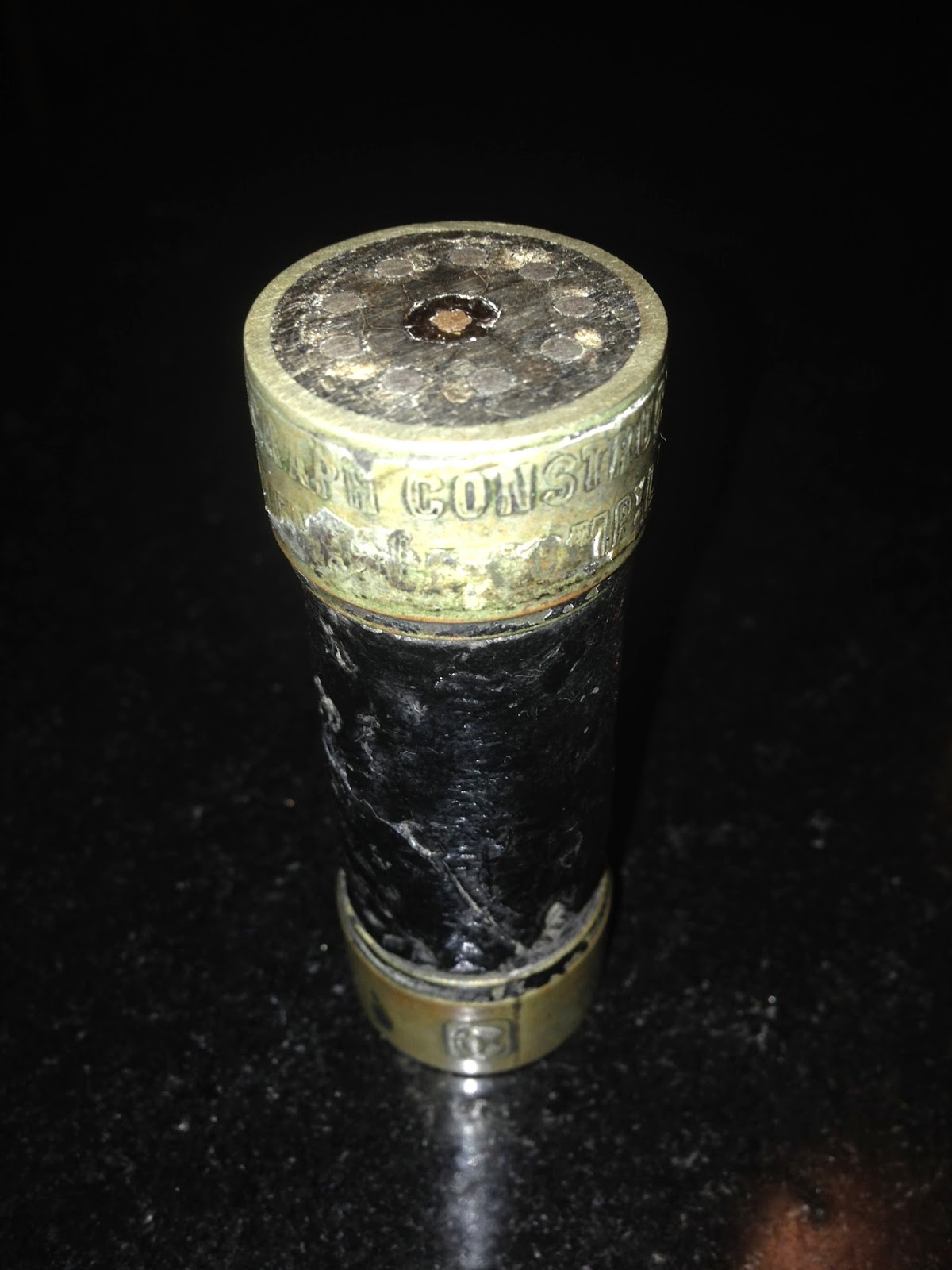 It was a Seven years later I was browsing eBay looking for a Morse key (another project I will write about some day) and I saw a whole lot of undersea telegraphy cable sections for sale.  So I bid on them, all of them.  Luckily I was outbid on all but one of them, if I have won them all I would of been in for a couple of thousand dollars.  The one I won ended up costing me just under £50 including postage so it has not broken the bank.  The only problem I have is that I do not know where or how to display them, maybe I should make some form of display rack...
Posted by Unknown at 23:54