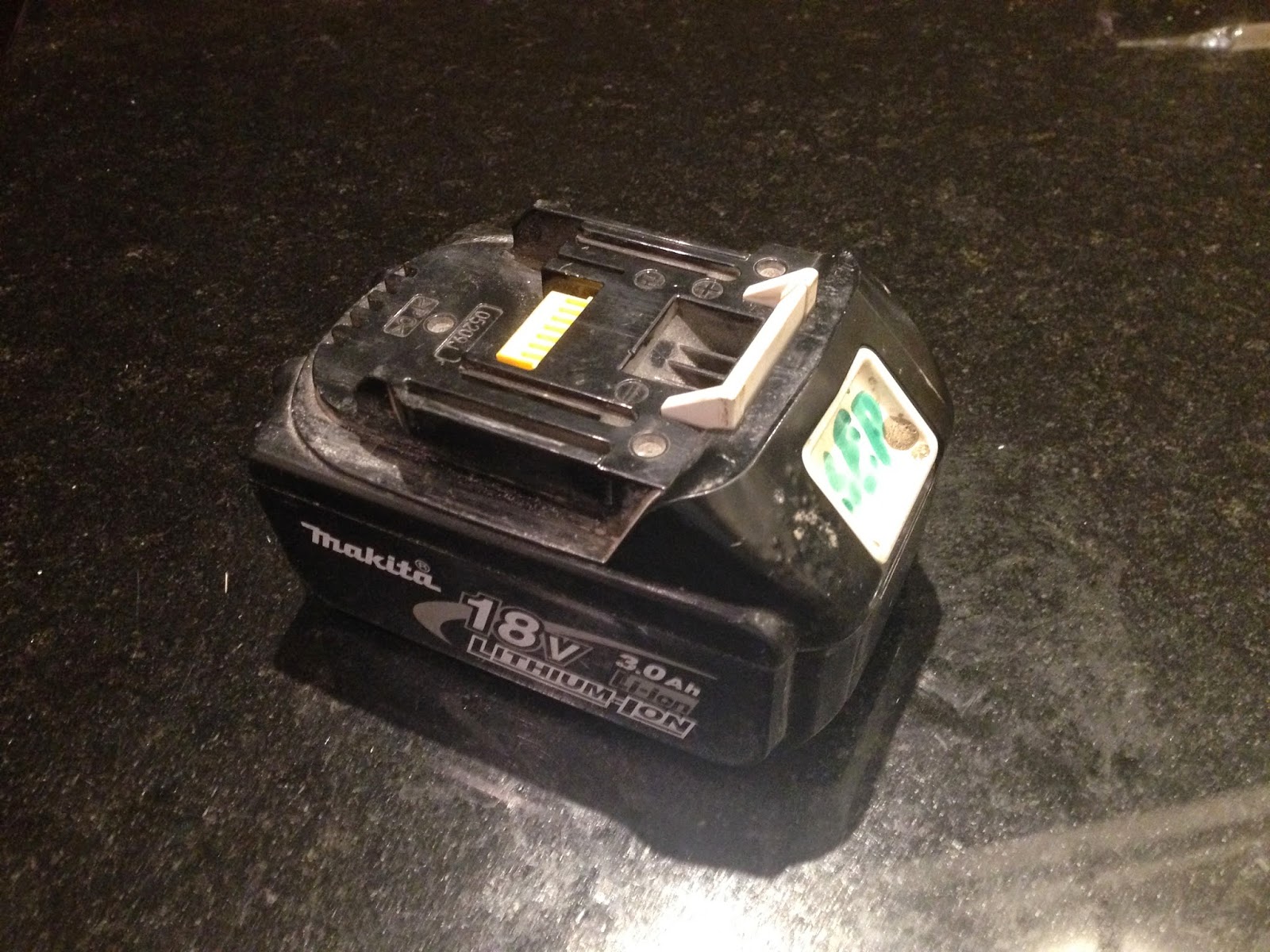 I have been a big fan of the Makita 18v LXT cordless tools for several years now.  In most cases I rarely if ever use the corded tools they replaced, despite this there does seem to be a major week point, the batteries.  Of the eight batteries I have purchased over the years four have failed out side of the warrantee period, plus two failed within or just after the end of the warrantee and were replaced at no charge by Makita with the assistance of ITS the reseller I purchased them from.

Is it just me?

Having spoken with friend and colleagues who have also invested in the LXT range it would seem I am not alone in having these problems, almost everyone I spoke to has had at least one battery die.  A quick google confirms that this seem to be a rather common problem.

Why are they failing?

It seems there are two main failure causes, number one over heating and the second is the first two cells fail due to them being used to power the battery management chip and slowly discharging over an extended idol period.  This causes the battery to be unbalanced.

So what can I do about it?

Well the most important thing is if the battery fails to charge stop!  If you continue to try on the third attempt the battery will be bricked.  Whilst I am no expert I think this is down to the battery management chip being a little over zealous and stopping you from recharging what it thinks is an unsafe battery.

Once I realised this I discovered that there are a few things I could do to lessen the chance of battery failure.
I have bricked my battery, is all lost?

If your battery is still in warrantee then Makita should just swap it out no questions asked, but even if you are out of warrantee they may still be able to help.  Regardless of if your battery is out warrantee, providing it has seen little use (under 150 recharges seems to be the magic number) Makita seem to be willing to replace it for free.

If Makita can't /won't help you still have options, frequently it will just be one or two cells that need replacing.  Makita seem to use the Sony Konion LiMn cells and these are available online for between fire and ten pounds each or you can frequently pick up failed batteries on ebay and cannibalise these for parts.

At this point you would have a repaired battery but no way to charge it.  Several people have had success using chargers such as the Fusion Elysium Pro although I am yet to try this myself.  Hopefully I will have time to attempt some repairs over the next few weeks.

If you don't fancy trying to fix them.

That leaves you with three options, one get some one else to fix them, two buy replacement genuine batteries or three consider buying some of the third party batteries that are now available.  I haven't purchase any of the third party batteries myself but I have used a colleagues and the seem ok.  For now I will be sticking with the genuine article or having ago at repairing them myself.

Well for me despite the reliability problems I still feel these are a good product. The batteries I have purchased more recently seem to be holding up much better. Only time will tell.
Posted by Unknown at 11:33